Creating chocolate is a beautiful and complicated process. Chocolate plant, Theobroma cacao, can only be grown within 20 degrees from the equator. We call this the Chocolate Belt. State the main countries it is grown including West Africa, Orinoco, the foothills of the Andes and the Amazon. It can only be harvested in a tropical humid environment. Chocolate begins as a large full grown pod from one of three varieties of cocoa plant: Forastero, Criollo, and Trinitario. It takes one chocolate plant five to six months to come to fruition.

Trivia: Chocolate is considered a fruit and a vegetable due to the way it grows.

James Lick arrived in San Francisco – then known as Yerba Buena – in January, 1848 when the population was barely 1000. Lick had acquired a modest fortune as a piano maker, fur trader and entrepreneur in Argentina, Chile and Peru in the years 1821-47. The wily Lick used that money to buy land in San Francisco, carefully calculating the logical direction of the city’s expansion, and built a fortune.

One of Lick’s friends and neighbors in Peru was a man named Domingo Ghirardelli.

Like his friend James Lick he had immigrated to South America, in his case to Uruguay, then Peru where he had a successful confectionary business.

Lick had brought 600 pounds of Ghirardelli’s chocolates with him to California, which he quickly converted to cash. He urged Ghirardelli to come to California and ‘get into the chocolate business.’ Ghirardelli sailed to San Francisco but the lure of striking it rich in the gold rush diverted him for several years. In 1852 he finally did open up a “candy” store. He soon had several outlets and the business grew. In 1893, Ghirardelli and his two sons thought big and bought a city block of bay side property along North Point Street.. Ghirardelli Square still contains the old buildings that formed the core of the Ghirardelli family business for over 60 years.

Once ready for harvests farmers use machetes to cut the pods down. Inside are lavender hued pulpy seeds (about 40 seeds) that are sweet to the taste. These seeds are dried, roasted (?) and then finely ground into what is known as Chocolate Liquor. There is no alcohol in the chocolate. Pure chocolate mass in liquid form contains 53% cocoa butter and carbohydrates, protein, tannins and theobromine. But at this stage there is no milk or sugar added to Chocolate Liquor. It is considered 100% pure chocolate or Baking Chocolate.

While Columbus had taken cacao beans with him back to Spain, chocolate made no impact until Spanish friars introduced it to the Spanish court. It was still served as a beverage, but the Spanish added sugar, as well as honey, to counteract the natural bitterness. Vanilla was also a popular additive, with pepper and other spices sometimes used to give the illusion of a more potent vanilla flavor.

The new craze for chocolate brought with it a thriving slave market, as between the early 1600s and late 1800s, the laborious and slow processing of the cacao bean was manual. Cacao plantations spread, as the English, Dutch, and French colonized and planted. With the depletion of Mesoamerican workers, largely to disease, cacao production was often the work of poor wage laborers and African slaves. Wind-powered and horse-drawn mills were used to speed production, but chocolate would remain a treat for the elite and the wealthy until the arrival of the Industrial Revolution brought steam-powered engines to speed the processing of the bean

In 1815, Dutch chemist Coenraad van Houten introduced alkaline salts to chocolate, which reduced its bitterness. A few years thereafter, in 1828, he created a press to remove about half the natural fat (cocoa butter or cacao butter) from chocolate liquor, which made chocolate both cheaper to produce and more consistent in quality. This innovation introduced the modern era of chocolate.] Known as “Dutch cocoa”, this machine-pressed chocolate was instrumental in the transformation of chocolate to its solid form when, in 1847, Joseph Fry learned to make chocolate moldable by adding back melted cacao butter.

Milk had sometimes been used as an addition to chocolate beverages since the mid-17th century, but in 1875 Daniel Peter invented milk chocolate by mixing a powdered milk developed by Henri Nestlé with the liquor. In 1879, the texture and taste of chocolate was further improved when Rudolphe Lindt invented the conching machine.

⦁ Cacao trees produce buds on a continuous basis—this can be year-round in subtropical areas, such as Central America or it can be tied to the rain cycle, as it is in Africa.

⦁ The pods are carefully broken open to release the cacao beans, which are embedded in a moist, fibrous, white pulp. The beans and pulp are scooped out quickly and either heaped in a pile on mats or banana leaves and covered, or put into a bin or box with a lid.

⦁ Fermentation occurs when the pulp surrounding the cacao bean is converted into alcohol by the yeasts present in the air and the heat generated by the pile or box. The beans are mixed gently during this process to introduce oxygen into the pile or box, which turns the alcohol into lactic and acetic acid. Slits or holes in the box allow the resulting liquid with its alcohol content to slowly leak out of the pile of beans during the fermentation process, leaving just the beans.

⦁ Germination in the cacao bean is killed by the high temperatures produced during the fermentation process. The beans gather moisture from the environment and plump. Their flavor begins to change from mainly bitter to the beginnings of the complex flavor called chocolate.

⦁ The fermentation process can take up to eight days, depending on the species of cacao bean. Better fermentation results in better flavor and requires less roasting time to bring out that flavor.

⦁ The cocoa beans, as they are now called after fermentation, come out of this process with a high moisture content. In order to be shipped or stored, they must be dried.

⦁ The drying process differs, depending on the climate or size of the plantation. Cocoa beans can be dried out in the sun on trays or mats where the climate permits. Sun-drying usually happens in smaller plantations in drier environments. In tropical areas, where daily rainfall is the norm, the beans can be dried in sheds, as long as there is enough air circulating around the flats of beans. The use of wood fire to speed the drying process is disliked by bulk chocolate manufacturers and chocolatiers, as the process leaves the beans with a smoky taste.

⦁ Once the moisture percentage in the cocoa beans has reached 6 to 7 percent, they are sorted and bagged. The sorting process is very important because the cocoa beans are classified and sold in the industry by their size and quality. The bagged cocoa beans are then loaded on ships to be delivered to chocolate manufacturers.

⦁ When the selected § cocoa beans arrive at the manufacturing plant they go through a very extensive sampling and testing procedure. Sample cocoa beans are tested for size and defects, such as insects or mold, and then converted into chocolate liquor, which is evaluated for flavor and aroma by company tasters. Once the testing is complete and the shipment is accepted by the manufacturer, the beans are thoroughly cleaned to remove any foreign matter. The cocoa beans then go into the roaster for anywhere from § 10 to 35 minutes.

Cracking (or Fanning) and Grinding

⦁ While roasting, the shell of the cocoa bean separates from the bean kernel and is removed in the first step of the cracking or fanning process. The beans are cracked (not crushed) by being passed through serrated cones. The cracked beans are now called cocoa nibs.

⦁ As the shell is dry and lightweight, it can be winnowed from the cocoa nib. Winnowing is done by exposure to a current of air, so that the shells are blown free of the heavier nibs. The nibs contain approximately 53 percent cocoa butter, depending on the cacao species.

⦁ The first grind of the beans is usually done in a milling or grinding machine such as a melangeur. The nibs are ground or crushed to liquefy the cocoa butter and produce what is now called chocolate liquor or chocolate liquid.

⦁ For the second refining process, most chocolate manufacturers use a roll refiner or ball mill, which has two functions: to further reduce the particle size of the cocoa mass (and any other ingredients, such as sugar or milk powder) and to distribute the cocoa butter evenly throughout the mass, coating all the particles.

⦁ The rolling process itself creates heat that melts and distributes the cocoa butter. As well as the flavor of the chocolate, manufacturers must decide on the § particle size for each of their chocolates. This is the first step to developing chocolate’s smooth and creamy mouth-feel.

⦁ This process develops the flavor of the chocolate liquor, releasing some of the inherent bitterness and gives the resulting chocolate its smooth, melt-in-your-mouth quality. The conch machine has rollers or paddles that continuously knead the chocolate liquor and its ingredients over a § period of hours or days depending on the flavor and texture desired by the manufacturer.

⦁ For the last two steps in the chocolate process, the conched chocolate mass is tempered and molded into bulk bars or it may go into another production cycle to produce specialized retail products, such as coated-candy centers and molded items. 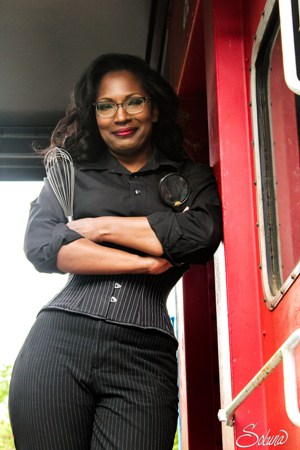